At the tender age of three I had an experience that became pivotal in my life. It happened during a moonlit night in a foggy seaside town between the Namib desert and the Atlantic Ocean, in what was then called South West Africa.

I still remember the owls hooting in response to a cacophony of sounds so eerie that my Mom slipped into my room, picked me up and sat with me at the window. She usually never did that. But that night she couldn’t sleep. With her arms locked around me, she rocked me to a rhythm of rising tension. Whatever was going on out there made her cringe.

Together, we stared at the shadows beyond the garden, towards that gloomy field amidst fenced brick houses with not a single window lit. Suddenly, the yowling reached an unbearable pitch. Mom pressed her hands over my ears. But I saw it clearly: a body was rising into the night. Like a dancer lit by a bluish flame from inside, it floated away. Mesmerized, I followed. Gliding along a path of silver moonlight, I stretched into infinity, knowing it again, that incredible feeling of liberty and lightness the little girl down there had forgotten since the last time.

“Close eyes. Don’t look at it,” I heard Mom say from far away as we left our home the next day.

“Make sure they cart him away before we’re back!” Dad shouted. “Hakahana! Get this mess out of the way.”

Mom pulled me along by the hand. “Poor Auntie Eve. She’ll never see him again.”

I gazed down, bewildered.

“Don’t cry,” Mom added. “He was a beast. It had to end like this one day.” Then she stopped abruptly. She bent down, sinking her eyes into mine. “I couldn’t bear to lose you, my little sparrow. Don’t ever . . . ever fly away!”

That’s when I tumbled and fell from the sky.

What remained was but a possibility wave weaving its way through the magical and the real – the eternal dance between worlds . . . 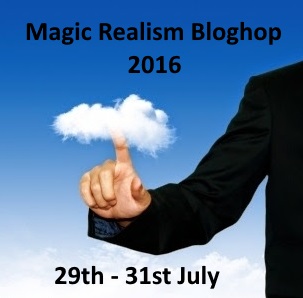 “The divine flow of energy is your natural state.
Don’t focus on the dancer; become the dance . . .  be the vibration!”

~ Quote from The Immortal Life of Piu Piu
Book 1 in the series ‘Dance Between Worlds’ by ARTEBY Publishing, South Africa. ~

No Reality without Magic

I cannot imagine a reality without magic.

Born in Namibia, one of Africa’s least inhabited areas to this day, I grew up with an acute awareness of being enveloped by a subtle web of energies from three infinite seas: the Atlantic Ocean, the Namib Desert and the Milky Way. Just like the gentle San people of the Kalahari, I had a distinct notion of being a tiny spark of energy, a piece of Consciousness that matters within a limitless magnificent whole. There was a strong sense of belonging and interconnection, which I feel even now, whenever I go back to surrender to a silence that is wildly alive with sound.  You sense a timelessness where you lose your fear of dying before you die, knowing that you are eternal, that all is one, connected by a mystical communion between above and below. Nature and man on a journey together, co-creating a new reality through magic.

“Only those who will risk going too far can possibly find out how far one can go.”

~ Quote from ‘The Waste Land’ by  Thomas Stearns Eliot ~ 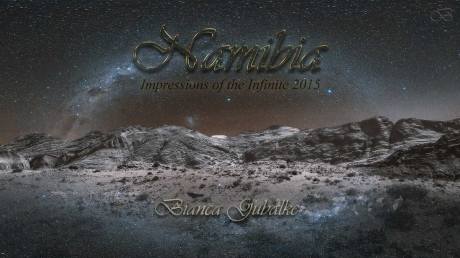 We were taught that – in Magical Realism – we are always firmly grounded in ‘the world we know’. We have a clear vision of the real world. We don’t invent it. It’s what we know. It’s what we are familiar with. It’s logical. It’s the realism part of ‘Magical Realism’.

But I’m no longer sure. How grounded are we these days, and in what? The world today is not what it was yesterday; what’s happening tomorrow . . . ? Nobody knows. While one could say that this has never been otherwise, the fact is, it has never been that obvious, that breathtakingly brutal, that fast. Everything changes and shifts at an accelerated pace. Reality is fast becoming unreal – is it not?

Now: Within that familiar reality something unlogical happens! To convey a certain idea, a concept or message the storyteller integrates elements that – on the surface – appear unreal. Meaning, that in this normal real world, something fantastical, magical, occurs. A magical event happens in such a normal way that readers accept and integrate it – with hardly any disbelief – as part of their known, common, normal world.

Besides, who has not been pre-conditioned by myths, legends and fairy tales? Most of us love to enter the imaginative realm of the story because it gives us wings! We are magically drawn to it because our subconscious mind knows that it is part of our inner fabric, of who we really are. That’s so much more than we consciously know! In this sense, the magical realm – which some may refer to as supernatural – blends perfectly with our so-called ‘real world’. Now there’s magic in the mundane… one flows seamlessly into the other.

Yes, we may see ourselves confronted with two worlds. It is through the art of his writing . . . driven by his intention to tell his story, his message, his truth . . . that the storyteller provides bridges, openings or gaps in whatever separates the here and there, the real and the magical, the visible from the invisible world. Like a guide, he creates a path that the reader can easily follow to navigate between different realities, ideally without even being aware of it. As we do when we dream. We’re doing it quite naturally every day.

This quotation by John 17:14-15 garnered over one billion search results on Google. That tells us something. Our’s is a world perpetually in transition. We’re shifting . . . transforming everyday. And this is truly magical!

This post is part of the Magic Realism Blog Hop. About twenty blogs are taking part in the hop. Over three days (29th – 31st July 2016) these blogs will be posting about magic realism. Please take the time to click on the links below to visit them and remember that links to the new posts will be added over the three days, so do come back to read more.

The Immortal Life of Piu Piu

One of the most intricate pieces to the puzzle of the magical realism novel, ‘The Immortal Life of Piu Piu’, with certainty its ” . . . very touching human-animal bonds that awaken a sense of care and guardianship for the Earth”.  Just as in “Jonathan Livingston Seagull“ – to which this book was compared by several readers as you can see on Amazon or on the Review Page on this website – this is a story where animals have souls, where animals talk, and where animals have an important message for us.

As the author was born in Namibia, where she grew up with pets – dogs, birds, cats and horses and many smaller beings inbetween. She spent her school holidays on a farm, where she was fortunate enough to play with cute little goats and baby cheetahs, and where wild leopards roamed freely. No, she didn’t play with those – especially as they had an eye on her little goats – but she loved these majestic cats and had a very specific relationship with them based on what we’d call ‘interspecies communication’ today. Her fondest memories go back to the times she spent with the game ranger family in one of Africa’s most spectacular game reserves, the Etosha National Park, in the north of the country. Here, where lions walked through the garden at night, and close encounters with elephants were not rare, she learned how to respect the laws of the wild, to move freely without interfering, and to trust her intuition. In those days without TV nor Internet nor the mobile web, she knew how to read footprints and broken twigs, she understood the calls of birds and hyenas, and the sun or the stars told her the time. And in those days it was rare that anyone carried a weapon at all. Even out there . . .

Based on her own interconnectedness, the question whether animals have souls or not never occurred to her. She has no doubt that animals are conscious. Everything is Source energy. Including plants. However, as in her story, a human soul consciously lives a life from an animal perspective to enhance her spiritual growth, the question was raised. Whether animals have souls is much more than an interesting topic! It is crucial to address it and bring it into the human consciousness to realize and understand what today’s massive meat production and consumption creates – not only at the moment of panic before death, not only within the environment, the air, the sea . . . but right within us, our hearts, our health, our soul. We are what we eat.

On the wings of these thoughts we were inspired to start to publish a series of very personal animal photos by the author, accompanied by quotes from well-known personalities from literature, philosophy, religion a.o. It is an experiment. A gift. It may well become another book . . .

Quote: “The soul of man is immortal.”

This is such a profound quote that it appears to be the perfect introduction to a magical journey that explores the mystery of life after death. It is attributed to the Greek philosopher Plato, who laid the foundation for Western Philosophy and Science.

The first ‘Animal Soul Photo’ in this series carries a remarkable quote attributed to another Greek philosopher and mathematician, who actually influenced Plato: Pythagoras.

Quote: “Animals share with us the privilege of having a Soul”.

Stay tuned as we dive into the next animal soul . . .